Welcome, I have put up this website for the people interested in the George William and Maria (Lee) Yarwood genealogy. Much of these documents are 25 years old. I would like very much to include ANY information about this lineage ... so if you have any information and will share it, please send it to me. Either, scan it and e-mail it or mail it.

Also, if you have family news, reunion, gathering etc. and would like to post it, I'll do that. I can post it on the News & Bulletin Board ... or ... on the Family "Only" - Password Required page.

Send me your e-mail address to be added to the Yarwood distribution.

PLEASE BE PATIENT... STILL UNDER CONTRUCTION

Photo Gallery - Ok here is a start ... Have many more. You have any? 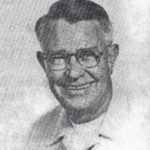 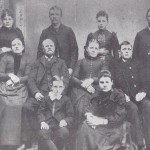 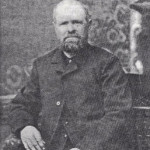 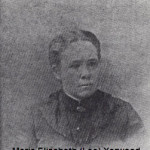 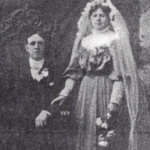 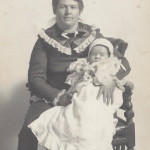 These stories come from the Yarwood Notes 08 ... Jessie (Yarwood) Herman sent to Bill and she does not swear they are correct in all respects, but are interesting.

Quoting from Jessie's letter: "There is another story my folks used to tell. When the three (George Yarwood, Harry Wheatman, Ed or Jack Vine (or both)), got off the boat in New York City they had 25 cent left, so they went to a tavern and bought a pitcher of beer."

"Grandma Yarwood (Maria) had pretty dark red hair. I wonder how many have red hair?"

"This is a story you can't publish but I think is true. [Bill's Note - She didn't object when I suggested giving it to our family.]  "Maria had told my mother her mother was dead and her dad got people to keep his kids and he went to California to look for gold. George Yarwood knew her family and her. She didn't like the place she was staying and was on road running away. George was hauling wheat to town and came upon her. He listened to her story and told her to get in the wagon and they would go to town and get married. My dad was old enough to remember they saw a man way off walking and his dad told him to go and tell his mother her dad was coming. He came from California then broke."

Recommend this page
© The Yarwoods
Login